Map of Easton and Phillipsburg, circa 1900 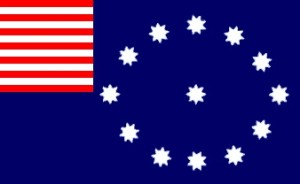 Easton is home to a rich and wonderful history, dating back to its founding in 1752. Purchased and named by Thomas Penn (the son of Pennsylvania’s namesake), the city was an important military center during the Revolutionary War.

Easton is notable for being one of the first three places in which the Declaration of Independence was read. Additionally, the Easton flag that flew at the July 8th, 1776, reading is one of the first “Stars and Stripes” to be raised over the colonies. 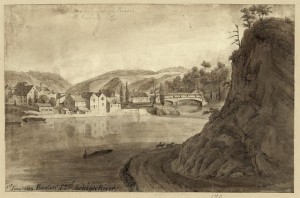 During the industrial revolution, Easton played a vital role in the commerce of Lehigh Valley with the intersection the Delaware and Lehigh rivers. The canals that still exist today connected the coal, iron, and steel industries. With the advent of the railroad, Easton’s close proximity to both New York City and Philadelphia served it well in establishing a strong economy.

Today, Easton still acknowledges its vibrant history in many settings, from the twice a week Easton Farmers’ Market (established 1752) and the historical Sigal Museum to the annual Heritage Day, celebrating the anniversary of the reading of the Declaration of Independence in Centre Square.